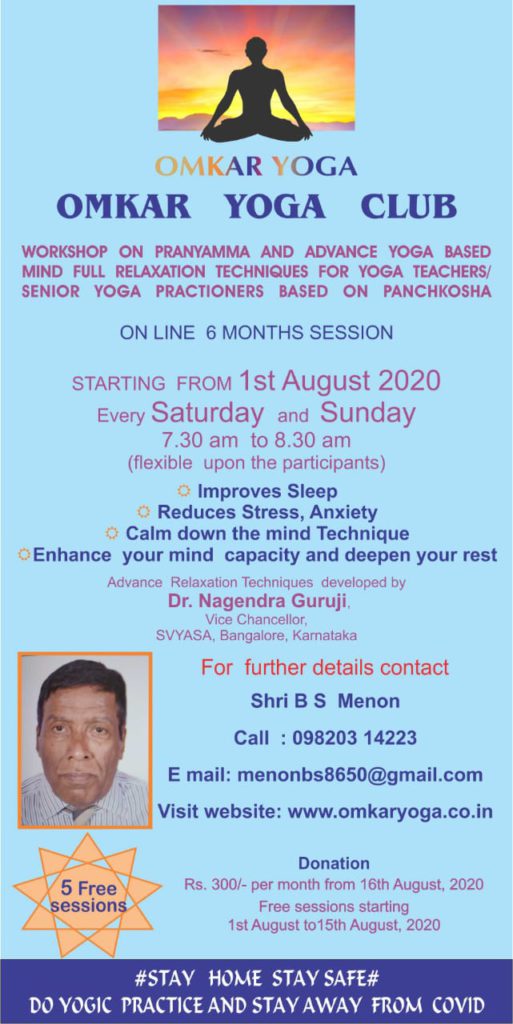 The organization Omkar Yoga is promoted by Shri B S Menon, has laid a lot of importance on the sacred mantra OM. The central theme of Mandukya Upanishad is the syllable OM. The Upanishad treats OM in the three states as waking, dreaming and deep sleep state, but then passes on to the fourth stage that is the turiya stage or it is the pause stage between the 2 sounds of OM. OM has three aspects, the 1st is the mere sound, the mantra as pronounced by the mouth, the 2nd is the meaning of the syllable, which one realizes through feeling and the 3rd is the application of the OM to one’s character in one action and life.

Login to Write Your Review

There are no reviews yet.